The mice have been!

When I came to set up the exhibition I found changes to July's husk - the corn figure - the mice had chewed every single ear of barley from her dress and tresses.   Also her face area had turned from light green to pale pink.  Is she blushing at being so ravaged by the mice?

The mice left droppings, stalks and chaff.  University health and safety regulations prevent me from showing the ravaged husk with the droppings, which is what I'd have liked to do.  However it is a nonsense to make a 'replacement for July - in August' so I have decided to show the figure with some of the debris around her and just nudging off the edge of the table. 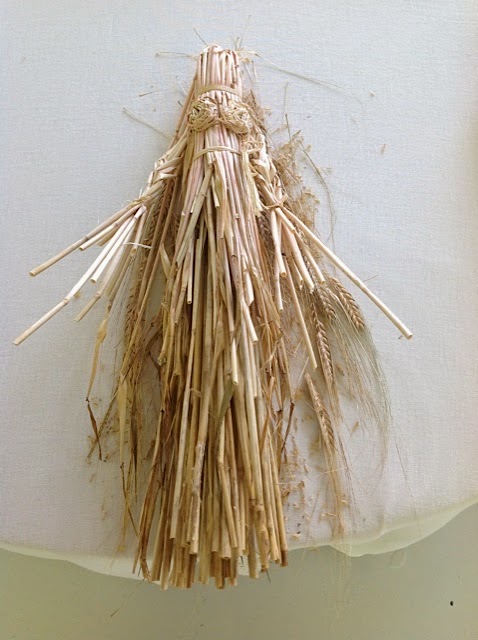