Having made the grass figures they demanded to be allowed to interact with another.  I was reminded of a few grainy sepia photos of Pastoral Plays put on at Mottisfont Abbey (probably between the wars?) in which the village children took part, dressed up as fairy folk and flowers.  D's Gran had told me that she had deliberately fainted so that she was taken inside (into the Whistler Room) to recover. 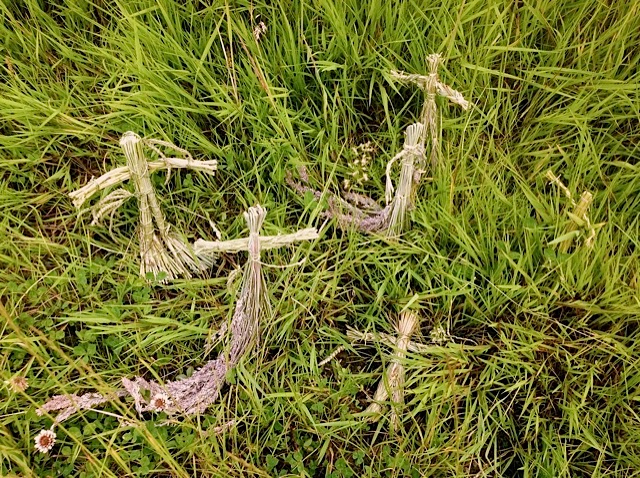