May - We Go Hawking

The 'occupation of the month' for May, depicted in the Cuerden Psalter, is a man on horseback with a falcon on his right hand.  Sometimes sheep-shearing is the image for May.  I was surprised at how much falconry activity is going on in Lancashire right now.

At Cuerden Valley May Fair on Sunday there were flying displays and the opportunity to look more closely at a range of Cuerden Birds of Prey. I was able to set up my easel and draw them, inside the walled orchard. 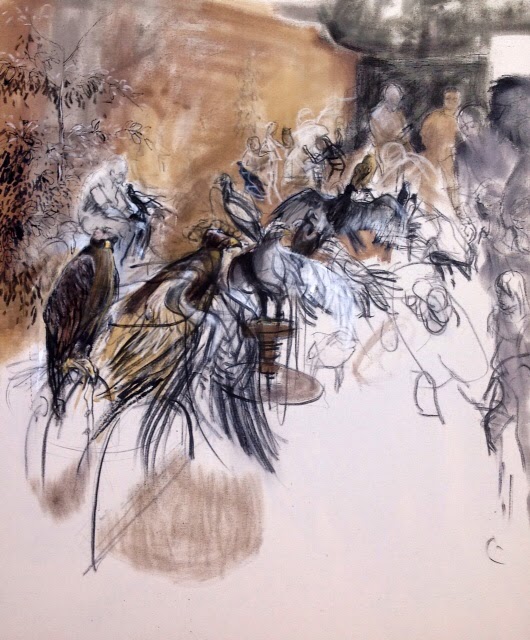 There was a moment when Chris, one of the falconers, sat quietly talking to one of the Harris Hawks. 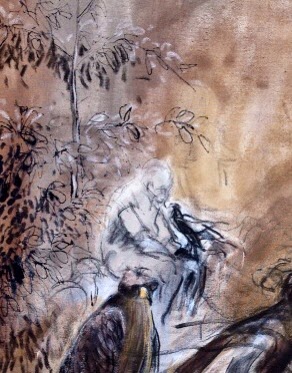